Together with Stuart Donovan, Henri L.F. de Groot and Carl Koopmans, we have a new working paper out, titled: Unravelling urban advantages - A meta-analysis of agglomeration economies. It is actually a rather interesting and complete meta-analysis containing about 7,000 estimates from slightly less than 300 studies using a Bayesian multilevel approach to account for measurement error in the effect size. Interestingly, at least in my opinion, accounting for measurement error in the dependent variable (the effect size), increases the precision of our overall estimates and changes the point estimates. A phenomenon that often occurs in empirical works (i.e., using instrumental variables), but often times is dismissed as measurement error in the dependent variables should (theoretically) have no effect on the estimates (except it should make the standard errors bigger).

The abstract reads as follows:

A large body of literature considers the productive advantages of cities, or “agglomeration economies”. Most empirical studies report positive agglomeration economies, although large variation exists in the magnitude of estimates. We use a meta-analysis to explore this variation, drawing on 6,684 estimates from 295 studies that cover 54 countries and span six decades. Using rich data and robust methods, we unify and extend earlier reviews. For our preferred combination of study attributes, we find agglomeration elasticities are likely to lie in the range 2.7–6.4%. Our findings confirm the controls enabled by detailed data give rise to smaller estimates. We also document several trends, with overall estimates rising from 1980–2000 and then falling. Estimates for manufacturing sectors, in contrast, fell for the entire six decades covered by our data. We speculate on possible causes of these trends, such as urban congestion, technological shocks, freight costs, and regulatory settings.

The working paper is now on both on Tinbergen and SSRN and can be downloaded here: 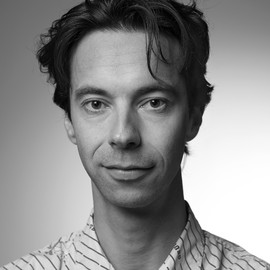 My research interests include network interactions, Bayesian multilevel models and reproducibility of research